We believe that amber has a soul, so treating it with respect is a necessity of the craft. It’s not simply a fairy tale, but art to be displayed.

The Amber Boutique signature is Handmade Baltic amber jewelry, crafted by the finest artisans only.

However, our philosophy is that amber is more than just jewelry. To us, it’s a medium where nature and fashion combine.

Today our family-run business is guided by deep traditions, successful history and your heart-warming appreciation. 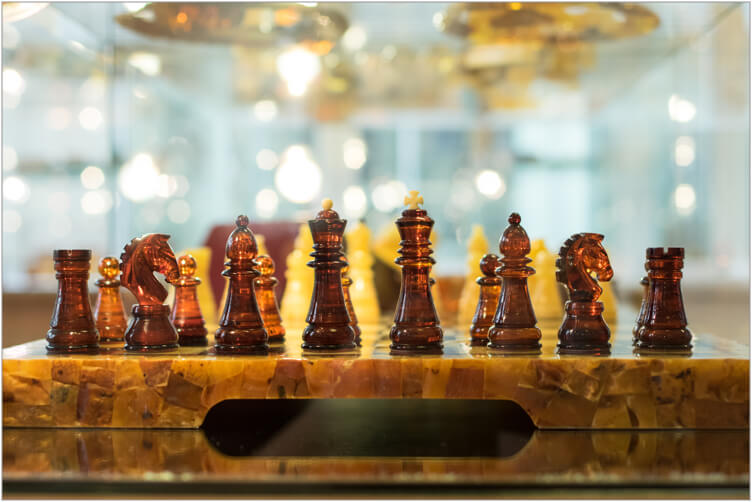 A chess board crafted from amber

None of our historical pieces would hold any value without mentioning that Amber Boutique is based in the heart of Lithuania. A land where, millions of years ago, the precious waters of the Baltic sea provided the gift of Amber to humanity.

In the middle of the previous century we embraced this noble industry, introducing 800 of the finest craftsmen. Setting up in the resort town of Druskininkai, this guild acted as the central point that adorned the eastern world with luxurious amber jewelry.

Our independent family craft apart from the huge concern started in 1989 as Inkliuzija. All the old processing methods were immediately forgotten and we jumped straight into the fresh global perception.

When the Soviet block collapsed, we took our brave step and became the first ones to introduce Baltic Amber to the rest of the world!

However, such present moment could never exist without respectable past: today many of our artisans remained the same ones, who worked with us half of a century ago. We are gratefully referring to those qualified professionals who adore this craftsmanship so much that strictly refuse to retire. Such energy and knowledge will never be forgotten as our senior artisans kindly share the biggest secrets of this art with their younger colleagues.

It is said that your achievements and praises are best when sung by others. That’s why, seeing world leaders, nobility and other respectable persons wearing, or decorating their premises with our Amber Boutique jewelry provides us with precious testimony and assures us that we are on the right path.

Our company is also proud to collaborate with various high-end museums around the globe, who giving us the honour of exhibiting the fine art created by our artisans.

However, these testaments do not encourage us to rest on our laurels: on the contrary, we continually seek to grow, to learn and to further our craft. 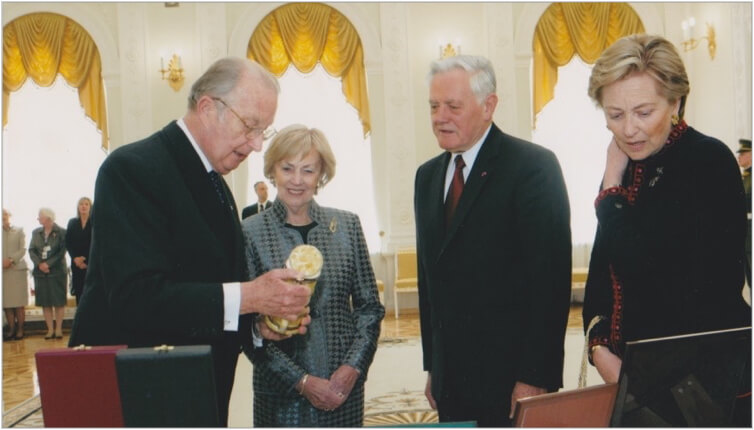 From raw material to astonishing pieces of jewelry

All amber is unique and no single piece is identical to another. Knowledge of the craft and philosophy of the contemporary mind are the only extra ingredients. We have no secrets to hide and openly present each step, from the raw materials to how the final product of Amber Boutique’s trendy jewelry pieces take shape.

1.
Raw materials.
We use only the most valuable Baltic amber, extracted from the Kaliningrad region. All raw materials are completely natural, with no exceptions. Admixtures or chemical additives are not acceptable to us.

2.
Quality check.
The amber is sorted. Here nature itself makes a statement of what kind of jewelry each sample will become. Shape, colour and type dictate the purpose of every piece: our professional artisans immediately visualize the best possible use in each case.

3.
Form prompts the style.
Firstly, raw amber needs to be processed. At this point, only manual actions are permitted, no machinery is employed. Professional artisans carefully smooth each piece, and gouge if needed. For that bright sheen, the amber is meticulously polished.

4.
Hand-made crafting.
To create the final product, the designer passionately considers its stylistic features. With the help of professional jewelers, each piece of processed amber can be perfectly paired with diamonds, gold, silver or textile elements. Designs featuring embellishments of only the highest quality amber are also very common. Read more We do it mainly with nature-friendly tools, let that be wood or water. If amber type or style of jewelry item require, matte surface is being left.

5.
Design to decide.
Our artisans create not only jewelry, but also unique amber artwork. Usually they appear as souvenirs for collectors: various sculptures, figurines and other artful compositions. In each case, be it chess figures or detailed family photos, the work is handled with the utmost delicacy.

*
Decorative art.
Our artisans create not only jewelry, but unique amber artworks too. Usually they appear as souvenirs for collectors: various sculptures, figurines and other artful compositions. In each case, let that be chess figures or detailed family photo, work must be very delicate. Read more Moreover, it requires a lot of patience: depending on the idea and its complexity, to process 200-300 g piece of whole amber may take at least two weeks of constant carving. 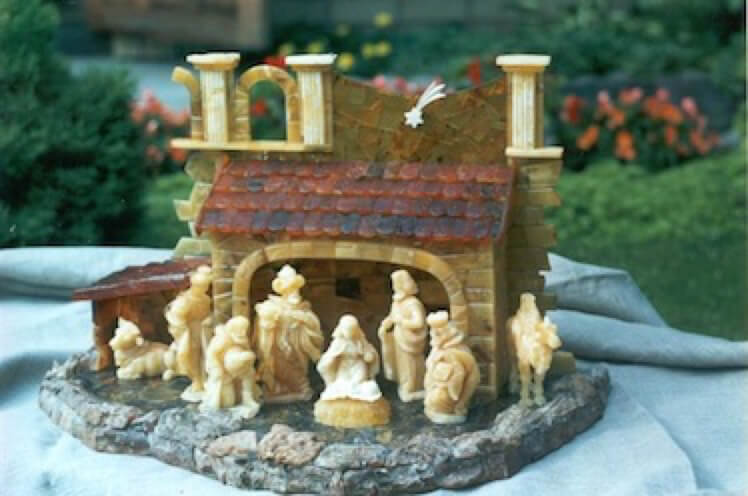